What Does it Mean to Do Right? 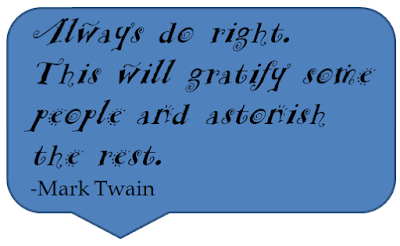 It’s strange to say that a commercial from a bank moves you, but when they pull in Maya Angelou to speak on their behalf, it raises an eyebrow or two.

Maya is the person who is quoted as saying:

I could list a whole host of quotes from Maya, but you get my drift. That one, especially, is the mantra for customer experience. So, yea, wow! A bank has her hocking their wares?! Pretty amazing.

The bank I’m referring to is Union Bank. According to their website, they operate retail locations in California, Oregon, and Washington, and they have commercial locations in Texas, New York, and Illinois. They’ve been around for quite some time (150 years), and I remember working with them as a client when I was with J.D. Power and Associates in the early 1990s. I don’t have a relationship with this bank and never have, but I was really intrigued by their advertising in the last couple of months, particularly their new tagline and commercials that involve “Doing Right.”

In the CX world, we talk a lot about doing the right thing at the right time with the right data, right tools, right culture, right people, etc. But I was curious about the “practical application,” especially since Union Bank has adopted it as their tag line.

Best I can tell, they’ve created three commercials and a website to support this message. Here’s the commercial with Maya Angelou.

Update: The commercials no longer exist on that website, but I’ve found one of them elsewhere:

How does she define “Doing Right?”

Edward James Olmos also did a commercial for Union Bank. In his commercial, he defines Doing Right as:

Union Bank also has a “generic” commercial with no actors that is called, “Doing Right. It’s Just Good Business.” In it, they define good business and doing right as:

As I mentioned above, they have a website that is all about this new branding. It further outlines what they mean by Doing Right, starting back in their early days:

What do you think? Is this how you would define Doing Right, for a bank or for any company? Do you have a relationship with Union Bank? Everything they say about Doing Right is great. But are they living up to these expectations?  Do their actions speak as loud as (or louder than) their words?

“I’ve learned that you can tell a lot about a person by the way (s)he handles these three things: a rainy day, lost luggage, and tangled Christmas tree lights.” -Maya Angelou

#CX Buzzwords or the Real Deal?

That's How We Do Things Around Here

Upside Down – A Culture of Curiosity