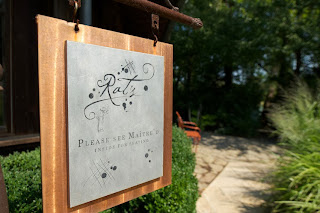 IT’S NOT WHAT YOU SAY, BUT SOMETIMES HOW YOU SAY IT…

The language we choose and how we use it plays a big role in customer experience.

This idea was driven home in a story shared by Joan McGeogh. Joan and I connected at a recent speaking engagement for MENG in New Jersey. Jane related a story about a recent visit to a local restaurant. Here’s the story:

Joan and her husband visited the Grounds for Sculpture in Hamilton, NJ. The Grounds has a restaurant onsite called Rat’s. Why the name Rat’s?  In Kenneth Grahame’s classic, The Wind in the Willows, the character Ratty represented everything a host should be.  The restaurant resembles a French chateau overlooking a pond. In Joan’s words, “It’s quite picturesque.” Having heard great things about the restaurant, this was Joan’s fifth time trying to make reservations and her first time successfully booking a table.

Upon entering, they were greeted by Troy. A local college student, Troy would be their server for the evening. Troy came out with a basket of bread, served with herb-infused butter. After taking a drinks and appetizer order, Troy returned to the table and said, “While you are waiting, the chef recommended an amuse bouche.” (French for “entertain the mouth.”) The complimentary amuse bouche came in the form of popovers with a pomegranate spread with fresh honey from the grounds.

After an appetizer, Troy again approached the table, “The chef thought you might like these.” He presented the table with cauliflower soup shooters. After the party finished their main course, Troy returned with something else. “The chef thought you might enjoy these petit fours.” Petit fours are tiny layered cakes filled with fruit or frosting and covered in poured fondant or icing. Troy shared that they were made from cream from the farm down the street. The chef was interested in their opinion.

Joan mentioned to me that the meal was expensive, but the experience was so worth it. She and her husband rarely order appetizers or desserts. At Rat’s, they ordered both, even opting in for a drink with dessert: a pumpkin martini that Joan described as divine.

Studies have shown that combining greetings and gifting can increase average purchase by over 40%. Rat’s utilizes both masterfully. The chef on three different occasions gives a little extra. “The chef thought” is an expression of caring. It reinforces the idea of being a gracious host. I also love the use of weaving stories about the source of the honey or the cream. The little extras and the language you use can make a powerful difference.

Lagniappe: Think about the labels you put on things. Take a cue from Disney. They don’t have employees, they have cast members. Or Zappos. They don’t have call center reps, they have  customer loyalty team members. Do you merely say “thank you,” or do express your gratitude by saying “My pleasure” like Chick-fil-A?

Stan’s lagniappe (giving a little something extra) to my readers: free Kindle downloads of both of his books: What’s Your Purple Goldfish and What’s Your Green Goldfish. They’ll be free until midnight PST, November 7, 2013.

Stan Phelps is the founder of 9 INCH marketing, a consultancy that helps brands obtain customers that are four times as valuable as ordinary customers through the Goldfish Rule. He works with senior leaders to focus on meaningful differentiation to win the hearts of both employees and customers. Driven by client objectives and inspired by bold vision, Stan creates custom keynotes, workshops, and programs that are memorable and on brand, inspiring businesses to become talk-able by design.

Listen with the Right Intent