Punk CX Says, "Not All Friction Is Bad" 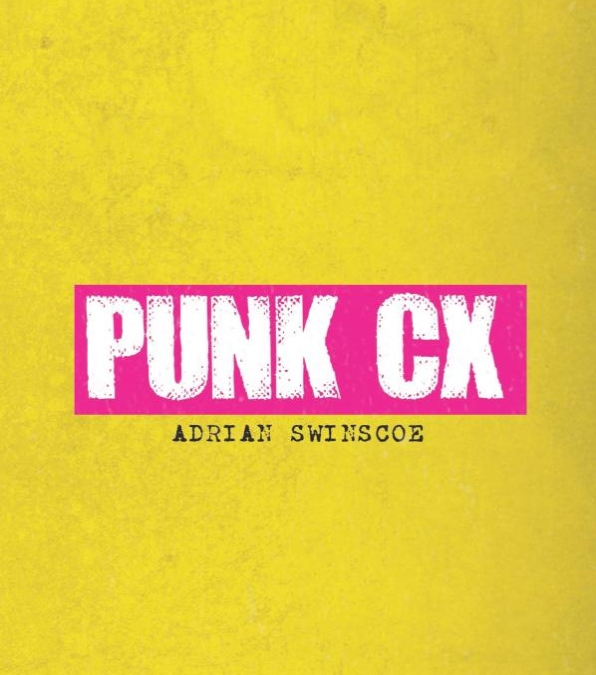 I believe that the customer experience (CX) space is becoming like prog rock in the 1970s, i.e., overly technical, too elaborate and complicated, inwardly focused, a little exclusive, and in danger of disappearing up its own a**.

Punk rock exploded out of the back of prog rock in the 1970s with its democratic, DIY, back-to-basics and all-heart-and-energy approach that inspired both a cultural and musical movement and a mindset. It dared to be different and was OK with the fact that not everyone liked that.

Given that, that caused me to wonder what would a punk rock version of CX look and feel like?

So, I wrote a book about it, and not surprisingly, it’s called Punk CX.

However, in keeping with a punk ethos, it is not a traditional book. It does not contain 50,000 words of black ink on off-white paper, and it doesn’t wax lyrical about another framework that will solve all of your CX ills.

This book is more like a comic or a fanzine and has a whiff of manifesto about it.

It is short, to the point, very colourful, full of ideas, a bit shouty and profane in places (sorry Mum), and heavy on design; and guess what – you might not like it.

It is designed to inspire, annoy, make people think, and encourage them to be braver in their thinking and doing, particularly when it comes to CX – especially since 70-80% of CX initiatives reputedly fail to meet expectations or their objectives.

In keeping with the music and punk theme, I have organised the ideas as a track listing rather than a table of contents. Below is a sample of one of the tracks from the book. I admit it’s one of the tamer tracks. But, I didn’t want to scare you 🙂

There are a lot of folks that are saying that we should pursue a frictionless experience.

Isn’t there such a thing as good and bad friction?

Bad friction would be all of the things that are hard, uncomfortable, slightly irritating or inconsistent.

Good friction would be something that was quirky and unique to your brand, or an opportunity to engage or make an emotional connection.

So, do you really want to eliminate all of the friction in your customer’s experience?

Some brands, like TKMaxx, embrace what people would normally classify as bad friction as being part of their experience.

In their advertising they say “Sure, it might feel a little haphazard in there but where else would you stumble on a designer dress while looking for a frying pan”.

And, in a competitive market they are doing very well.

What would you classify as bad friction?

How are you going to eliminate that?

What would you classify as good friction?

How are you going to enhance that?

Now, to back up this idea that not all friction is bad, I spoke to Andy MacMillan, CEO of UserTesting, at the end of April this year and he told me a story abut one of their customers and their experience with eliminating friction from their checkout process.

Andy told me that the customer in question used big data to do a whole bunch of work on shortening their checkout experience as they felt like this was going to be a huge win for them.

They were convinced that removing friction from the checkout experience was a good thing to do.

However, in reality, what they found was that as a result of their efforts their subscription churn skyrocketed.

Alarmed they looked into this and found that their longer checkout process was a key part in building value and brand loyalty for their customers as they felt like they were getting a ‘box of goods’ that was designed specially for them.

UserTesting’s customer’s complete and unquestioning belief that a frictionless experience was a good thing biased their view of what their data was telling them. And, as such, it led them astray.

Thankfully, they have reverted their checkout experience back to what is was and the business has not suffered any long term damage.

The best brands in the world are not the ones that just churn through their customer touch points the quickest. They are not blindly led astray by industry memes. They are companies that think about the value they’re providing their customers in an empathetic and valued way. They take the time to understand the problem they have and what it will take to deliver a great experience that both solves their problem and delivers value to them.

That can be difficult but it is worth the effort.

Adrian Swinscoe is a huge fan of organisations that do great things for their customers and for their employees. He’s a helper to many wanting to achieve their own level of greatness. He’s also a lover of simplicity and an advocate of the human touch, with a bit of really useful technology thrown in.

Not Your Father’s Comcast

Deliver New Value to Your Customers with Future-State Journey Mapping